Going All In On Jiu Jitsu 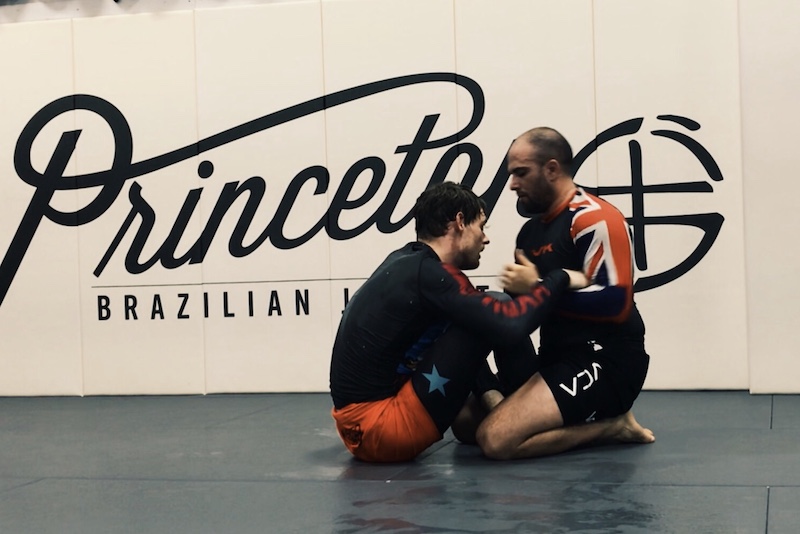 I can’t say when camp for this competition began. In many ways, it feels like I’ve lived in a permanent training camp, and that, I suppose, is the point. Believe it or not, the intensity of my Jiu Jitsu training is work-related. My employer gave me a goal, and that goal was to be all in on something. Fully invested. With every fiber of my being. I chose to be all in on Jiu Jitsu, and I haven’t looked back.

For me, the ultimate deciding factor of being all in on BJJ is the decision to compete. Competition is something I love and hate, though it might be more accurate to say love and fear. I love Jiu Jitsu competition for what it brings out in competitors and fear it because the results are seldom what I want them to be. I lose far more often than I win. In fact, as of writing this, I have yet to win an IBJJF match. As a grappler, I’m about as unremarkable and unaccomplished as you can be. And that is precisely why I chose to be all in on Jiu Jitsu competition.

Psychologically, this hasn’t been easy. I was sitting across from an author I do work for, after an intense training at Marcelo Garcia HQ in Manhattan, when the absurdity of what I was doing hit me.

Your neck is bruised, he said.

I touched it and winced.

I didn’t realize it, I said.

Why do you do it?, he asked me. Why are you killing yourself?

I knew he knew the answer. It felt like a test.

I do it because I like what it shows me. I like knowing I can handle it.

The bruise was from this moment, courtesy of Gianni Grippo. When you train at Marcelo’s, guests tend to self-select. Train at one end of the mat, and you’re in the lion’s den with Grippo, Diniz, Lutes, Tinoco, and the other killers. Train at the other end, and you’re getting your ass kicked by lesser-known, but still dangerous competitors.

Just an hour ago, my ineptitude had been immortalized in that photo, Lutes had made me feel like a child, and Tinoco had left my right elbow throbbing from one of his signature armbars.

You need to take care of your ears, the writer said.

Are they starting to look bad?

I’ll never be a world-class competitor, I said. But I like knowing that I can train like one.

I think it’s great man, he said. Just get some ear protection.

By my estimation, life is a series of competitions, or games. Careers, hobbies, dating, the stock market — all games comprising the meta game of life itself. To embrace competition, especially Jiu Jitsu competition, is to learn how to compete, and live, well. To compete well and to live well, to me, is to face your innermost fears and demons, to be the best person you can for the people you love.

I chose to be all in on BJJ because I wanted competition to become more natural. I wanted to cultivate, as Josh Waitzkin writes in The Art of Learning, “laying it on the line as a way of life.”

The referee waves me onto the mat and I charge out to shake their hand, beating my opponent to it. The goal was and is to do this with about as much thought and trepidation as I give to tying my shoes. Another day living as Theodore Roosevelt’s Man in the Arena.

All of that sounds and is wonderful, but here’s the truth: Visualizing these things as I scratch them into this notebook makes my heart race, my thoughts undulate from a focused beam of rage to scared-puppy fear, and my body stiffen as if bracing for a blow. This is the part of being all in that most don’t want to hear about. They stop at getting a quote from the Man in the Arena speech tattooed somewhere on their bodies and call it good. But this, I think, is where the real work of being all in begins.

When I step onto the sand-papery IBJJF mats in Atlanta, there will be someone about my age and size standing across from me. We’ll sort out who advances and who doesn’t between ourselves. But in my case, I believe my success or failure to that end has less to do with him and more to do with me.

I’m all in. I have trained relentlessly. My Jiu Jitsu has never been better. I’ve never been stronger. My conditioning is at its peak. I have controlled for every variable within the reach of my capability and skill set. Being all in is now no longer about the opponent, but the fighter inside me.

Can I get out of the way of this phantom who does the fighting and let him have his day? Can I kill my demons before Feb. 1, so they don’t step onto the mat with me? Only competition, the ultimate test of being all in, will show me.

But being all in doesn’t stop there. It’s divorced from the outcome of this one trial. It is a way of life and this is one day in my life. Being all in is only knowing and doing one thing, and that’s laying it on the line, every goddamn day, every roll, every minute, and most important, every time I look into the mirror, trying to find the next demon.