Competition: Finding Your Why 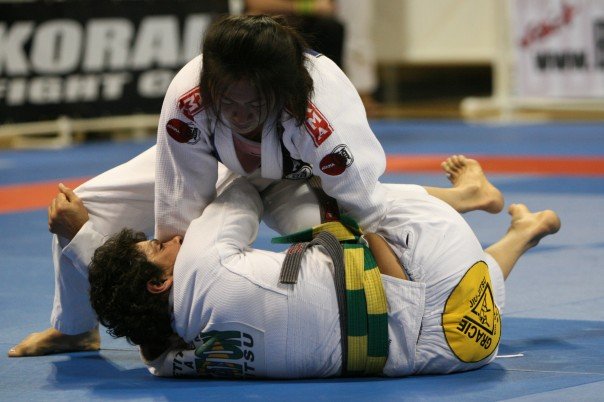 Competition: Finding Your WHY

Competition isn’t for everyone. For many, it stirs up all the awkward feelings we humans generally don’t like to feel: confrontation, stress, fear, anxiety, self-doubt. I think any athlete, professional or otherwise would be lying if they didn’t admit to feeling one or all prior to a fight. The nerves can get better with practice and time, but they don’t ever disappear. They probably shouldn’t, as their existence signals that you are taking this experience seriously.

When I jumped into my first competition 18 years ago, I was a 6 month old white belt. I had never been very good at organized sports in high school and I had never played an individual sport in my life. I was certainly not an athlete.  I was up for a challenge and I had some very supportive training partners who encouraged me to enter a local tournament. It was all very new territory for me; cutting weight, understanding the rules of this new sport and attempting to fight someone my own size, gender and level. Other than of doing something outside of my comfort zone, my biggest motivation at the time was to test what I knew against someone like me. Back in 2000 in Vancouver, British Columbia, finding another female – someone like me, was not an easy feat. There were barely any people training, male or female, let alone women. 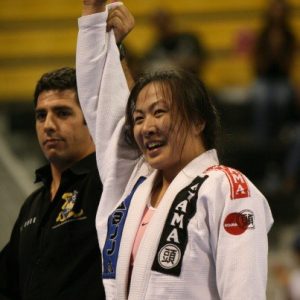 I did well my first tournament, winning against a blue belt who was 15 lbs heavier, then also facing off against another white belt who was 45 lbs bigger than me. I felt super empowered and excited in the aftermath, then decided I wanted to do it again. I did it over, and over again for the next 11-12 years. I did it in Canada, Japan and the United States. I was invincible. I had not a care in the world other than to find more people like me and see how I fared against them. It wasn’t ever about being a world champion, in fact, I scoffed at the thought when it was ever mentioned. It was truly a day by day battle and competition helped me fine tune this art that I loved so much.

When I won the Mundials as a brown belt in the brown/black division in 2007, my motivation changed. In fact a lot of things, some not by choice, changed. I suddenly felt an immense pressure to prove that I deserved the win and that I should consistently be better than everyone else. It was no longer about me incrementally improving myself and loving what I did. Certain individuals within the organization I fought for didn’t want me to win. I felt like this thing that I felt so carefree and happy practicing, this art that I loved, became heavy, and dark, and hopeless. I lost every match I took on for the next year of my competitive life before taking a hiatus.

After some shifting and soul-searching, I chose to become a student under Marcelo Garcia in 2010. His wife, Tatianna, a formidable competitor and pioneer in her own right had generously extended herself as a friend and training partner after recognizing me at various tournaments. Under Marcelo’s tutelage and Tati’s friendship and guidance, I set out to compete once again – this time to prove to myself that I didn’t suck. I managed to win the No Gi Worlds in 2010 and respectively win and place in other notable tournaments over the next 2 years until I decided to focus on building a family. 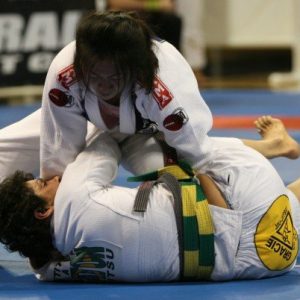 I am often asked if I’ve retired from competition and the answer is always no. I don’t like to say ‘never’. I think it’s hard for a competitor to ever say that they’ve stopped competing. It’s in our blood, it’s what makes us thrive. It just may not have been my focus at the time I was asked.

I recently had a talk with one of my students about their competition goals. What were they? Why did they want to do this?

Your motivations are so important; arguably more important than your level of skill. Chances are your opponent has a motivation; and you have to wonder if you want what you want more than they want what they want. More than once, I’ve seen and felt that hunger conquer a match or a tournament.

If you are considering a competitive run, think carefully and determine your WHY. Regardless of whether or not you want to be a world champion, your reasons have to be sincere. In my experience, I’ve found that reasons that are motivated by love versus those motivated by fear tend to have better, longer outcomes. The training, the routines, the nuts and bolts are easy enough to put together. Your coaches and teammates can give you plenty of advice on the how and when. No one can give you the WHY but yourself.

All those scary feelings we feel when we compete teach us to be humble and human. They teach us about our strengths and weaknesses in real time. They usually point us in the direction of what we need to do and where we need to go if we want to grow, and we all know that growing is hard.