Purple Belt: The Middle of the Journey 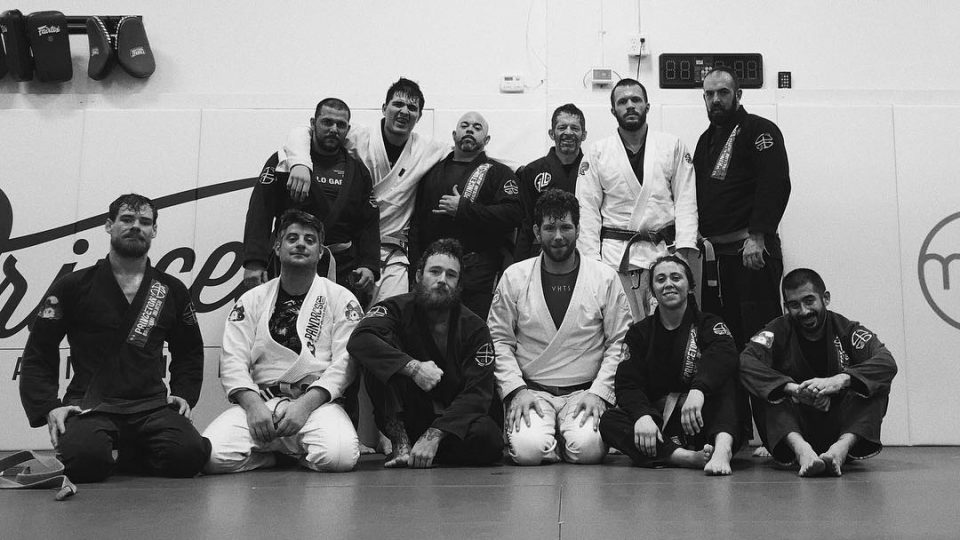 One day you wake up and you go to train like you would any other day. You watch your friends get promoted and you clap your hands. You clap your hands more heartily for some more than others — the ones you know and love best. Then, all of a sudden, they’re clapping for you as someone ties a new belt around your waist. A different color belt. In my case, a purple one.

How does it feel?, they’ll ask you. I can’t help but feel like it’s Bob Dylan asking me rhetorically in Like A Rolling Stone. I’m not supposed to answer, just think about it. Feel it. But unfortunately, humans tend to want answers. So here’s an attempt at one.

You see, a belt is not a destination or an objective, but instead an indicator — a mile marker on a journey.

I think of the purple belt, or any belt for that matter, the same way I would as an odometer on a car. It tells you how far the car or the grappler has come. Nothing less, nothing more. It might give you a rough idea of capability, but not really. Some purple belts are more capable than others. Some blue belts are more capable than purple belts. Some cars with 100,000 miles will hum along for decades more whereas another will break down as it rolls off the lot.

When you’re in a crowded parking lot, do you go around peeking into car windows to compare the mileage to the mileage on your car? Why, then, should you or anybody else care about somebody’s belt or rank? 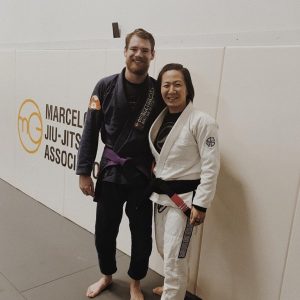 You see, a belt is not a destination or an objective, but instead an indicator — a mile marker on a journey. I arrived at purple belt the same way I got there: wild with delight with what I’ve experienced — the good, bad, and the in between — and all that lies ahead. It feels a lot like what I imagine Sal Paradise, the narrator from On The Road, felt as he came within striking distance of Denver.

“Just ahead, over the rolling wheatfields all golden beneath the distant snows of Estes, I’d be seeing old Denver at last. I pictured myself in a Denver bar that night, with all the gang, and in their eyes I would be strange and ragged like the Prophet who has walked across the land to bring the dark Word, and the only Word I had was ‘Wow!’”

But ultimately, Denver itself becomes inconsequential to Sal Paradise the same way that a purple belt, or any belt, should to a grappler. What’s important is the idea of Denver — what Denver represents. What’s vital is the very journey itself.

That quote is plucked from Part 1 of on the road — Part 1 of five! Even at the geographic center of Sal Paradise’s journey, he was still in the beginning. I feel the same way about this middle belt, one sandwiched between blue and brown. Just awestruck by the possibilities that remain, the near infinite nature of the road ahead.

And what is the end of that road? Is it a black belt? I don’t think so. I have yet to meet a black belt who stopped training. If I reach black belt, I imagine that I’ll once again feel like Sal Paradise at the end of On The Road, watching the great Neal Cassady vanish into a cold New York night, knowing that the road and the journey continue until death. It’s best to hear Kerouac read it himself, but, he writes:

“… The evening star must be drooping and shedding her sparkler dims on the prairie, which is just before the coming of complete night that blesses the earth, darkens all rivers, cups the peaks and folds the final shore in, and nobody, nobody knows what’s going to happen to anybody besides the forlorn rags of growing old, I think of Dean Moriarty, I even think of Old Dean Moriarty the father we never found, I think of Dean Moriarty.”