Ode to Masters: What it Has Meant to Me 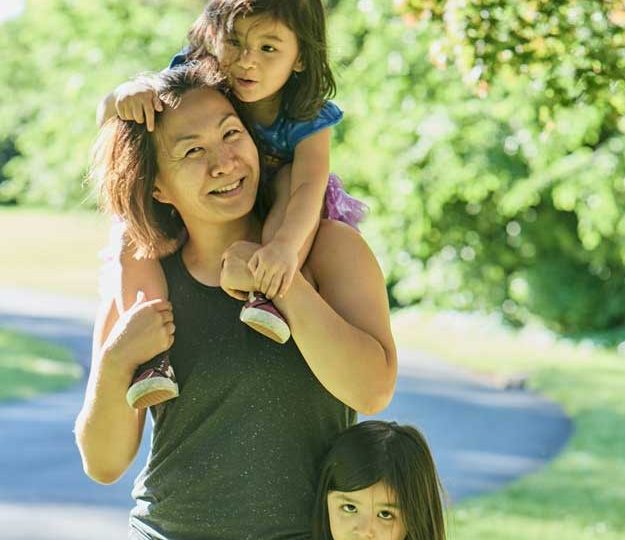 As I help some of my students in their last week of preparation before the IBJJF Masters Worlds in Vegas next week, I sit and slightly lament my inability to compete this year due to pregnancy, and I also reflect on why I feel this way. It’s not like I haven’t had to miss out before. I’ve competed in many tournaments over the years and for the most part, they are not places at which I’d voluntarily hang out. The energy is typically nervous and aggressive, many BJJ matches aren’t exciting, the days are long, the crowd is sometimes unpleasant, the air is hot and stuffy, and worst of all, the stench of old, stanky, sweaty gis is heavy. 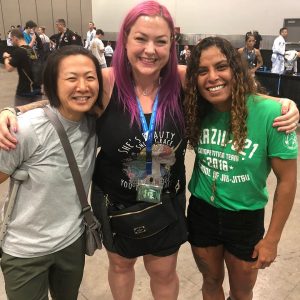 I recall the first time I’d ventured out to Vegas to coach a student 5 years ago. I’d never been to Sin City and I’d never been to the IBJJF Masters. My dear friend, Hannette Staack, had told me long ago that her favorite tournament to attend was the Masters when it used to only be held in Brazil. I asked her why and she told me that it was because the energy was so different from Pans or Mundials. You had athletes embracing each other before and after matches, the energy of the tournament was celebratory, and the competitors seemed grateful. At the time we had this conversation I was still heavily into competing in the adult divisions and couldn’t fathom anything else. I was intrigued and told myself that I would go one day to see it with my own eyes.

I took a break from competing in 2012 to focus on having a family. Six years and two children later, I questioned if I should attempt to jump back in. I had a school with some avid executive athletes who set an example for me about how to pursue and maintain other priorities while living their own personal best lives. I took on the challenge last year in the midst of a gigantic push from the BJJ community, spearheaded by Karen Peters, to include all age divisions for female competitors as well. I had spent most of my career looking for people like me to fight. “Are you a woman too?” was about all I could hope for most of the time. Last year was my first opportunity to fight women at my level, age, and weight. It was like seeing a unicorn. 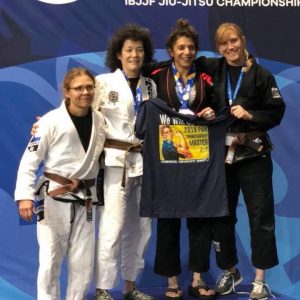 What I found in preparing, competing, and being present at Masters was truly above and beyond what I’d imagined. There is something so gratifying about putting the work in to fight against other people who had made the time to do this for themselves along with all the responsibilities and obligations they had in life. These men and women took time away from their partners, children, friends, and jobs to pursue a personal passion and to be able to express it with thousands of other people like them. The vibe is truly joyful and electrifying. Everyone is just elated to be there. It’s a moment for them to celebrate who they are, because as we get older our lives become more complicated and we may find at times that we are living for everyone and everything else but ourselves.

When I fought last year I was coming out of what I call the “center of hell” years, attempting to raise 2 small children, born within 2.5 years of each other, each under the age of five. It was a breath of fresh air; it was a pocket of time for me to be me again. I was not a vessel, I was not a food source, I was not a pacifier, I just got to live, train and fight for me. I applaud everyone who recognizes how important their own happiness and ambitions are, who takes the challenge of taking themselves on, because I know it’s not easy to give back to the self when there are a million other things that demand your attention. The sacrifice you make in time and training pays off when you recognize that by giving yourself some undivided care, you come back to the rest of your life with a sense of wholeness and satisfaction. Everyone needs to be reminded from time to time that some part of their life is for themselves.

I had spent most of my career looking for people like me to fight. “Are you a woman too?” was about all I could hope for most of the time.

I’m going as a coach and spectator this year. Admittedly, I was very sad when I initially found out I was pregnant because I had hoped to join everyone on the mats. I was sad for all the reasons above, because being a mother might be the hardest thing I’ve ever done and though I love my children very much, I enjoyed feeling like myself again. I know it’s not the end of the world and that I’m blessed to have another blubbering ball of squish and love growing inside me, but BJJ helped me find myself throughout different phases in my life, and I needed to know who I was again after motherhood. The Masters tournament brings me back to why I started sport in the first place. I began BJJ because it was fun and it made me feel alive. It showed me in more ways than one that I was a fighter and that I was capable of taking anything on and bouncing back from hard times. I think it makes many of us feel that way and once a year, we all gather in Vegas to do it together.

Good luck to everyone who is competing. The work is done. Just show up and believe that you deserve to be there and don’t forget to have a great time!