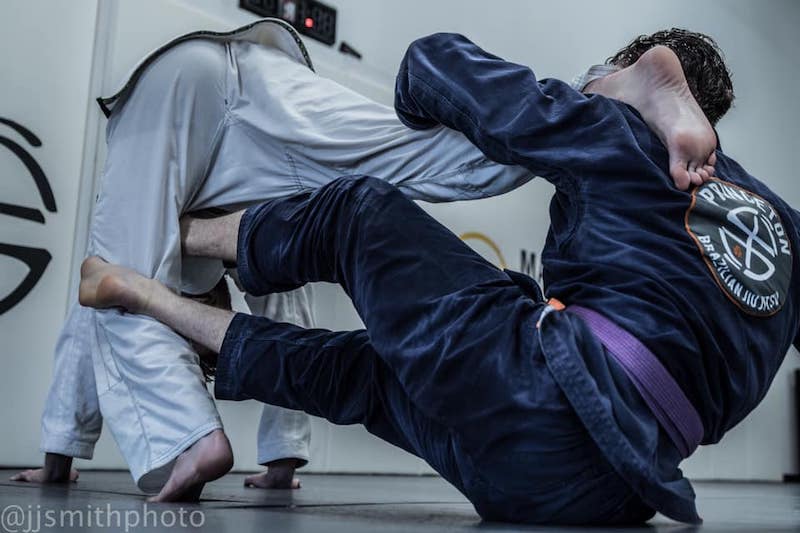 Shouts and cheers bounced off the high gymnasium ceiling. It was the typical soundtrack of a BJJ competition. I wasn’t enthusiastic, though. I was tired and hungry.

Earlier that morning, my match start time had moved up an hour, prompting me to leave New Jersey in a sprint and head for the city to compete in the New York Open earlier than I had planned. There was no time to eat. I grabbed a few slices of bread on the way out the door and hoped that would be enough.

Now, in the bullpen, circumstances were far from ideal as I tried to warm up for the fight to come. It was no use. I was cold and my blood wouldn’t circulate.

The competitors in my division had already been brought to the mat. Was there some kind of mistake? What the hell was going on here, anyway? The maelstrom of thought had started churning, carrying me away from the present. I hadn’t even made it to the mat yet, and I had already lost.

When you step out onto the mat to compete, the man or woman standing across from you represents only half of the battle. The other half is with yourself. You’re confronting all of the invisible baggage you brought to the mat with you. Your self-sabotage, your lackadaisical training, your ambivalent attitude toward winning. This is the fight before the fight, before the person standing across from you even touches your gi.

Jiu Jitsu competition emphasizes the mental side of sport like nothing else I’ve encountered. When two people of the same rank face off, they more or less are equipped with the same skills, knowledge, and principles of the game. Every now and then, someone will completely outclass you. There are black swans among black belts and every other rank. But for the most part, BJJ’s belt system leads to even matches. The competitor who is most resilient, who wins the internal fight, is often the one who wins the match.

Resilience in the Jiu Jitsu competitor often manifests in the form of an ability to remain poised and determined, even when your game plan collapses, like mine did, when I saw my start time move from 12 p.m. to 11 a.m. It created a mental downward spiral that precipitated the start of the actual match. Not surprisingly, the match didn’t go as planned either.

My plan was to pull X-guard, sweep, and work for a sub from top position using relentless pressure. Instead, the guard pull failed, I landed in half guard (my weakest guard), and the match became me failing to fight off several half guard passes and submission attempts. I lost my first IBJJF match at purple belt by failing to put a single point or advantage on the board.

Fast forward to early September, and the school’s curriculum is focusing on something I think is thought-provoking. Emily constructed a lesson that though not super technical was physically taxing. After class, several people told me they felt like they were going to vomit. The instructions were simple. Partner up. Both partners fight for guard pulls with two intentions: creating as much chaos as possible and transitioning into another guard pull or takedown when your first fails.

I defaulted to an X-guard pull, my favorite. My partners new it was coming. After several rounds of this, I was frustrated, exhausted, broken. That’s when the magic happened. That’s when I started letting go of the plan and taking legs where they were instead of forcing them to where I wanted them to be. I started flowing into new grips. I found reserves of endurance that weren’t apparent, too.

It was, I think, an invaluable lesson. The only certainty in BJJ competition is chaos. You can’t control for everything. But you can choose how you respond to it. You can be resilient, dig deep, embrace the chaos, and carve a path through it. Or you can let it swallow you. And believe me, it will swallow you.

Joe Hannan is a journalist, writer and consultant. You can find more of his work here and contact him here.

The latest from the PBJJ Blog