How to Bring the Best Version of Yourself to Competition 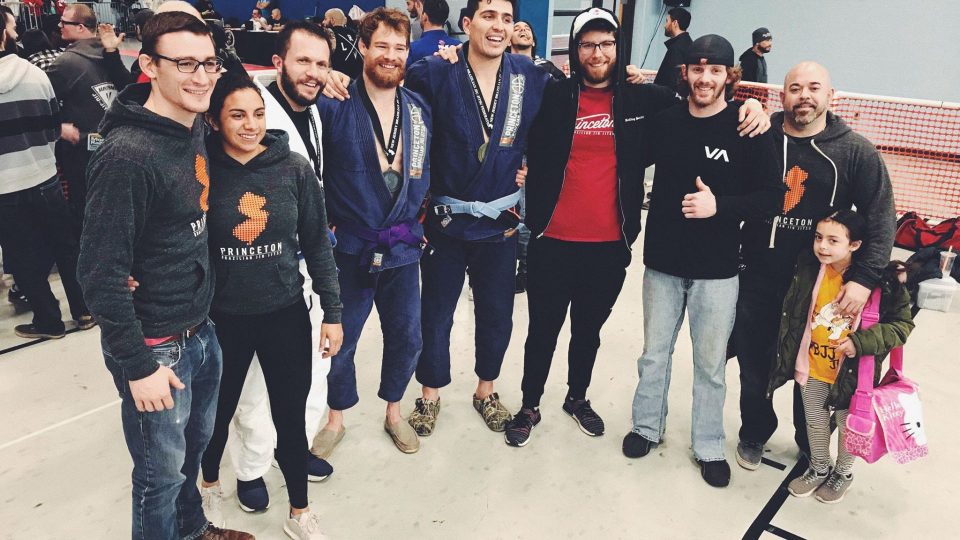 The man who would try to break my arm made idle conversation in the bullpen. He wasn’t nervous, but rather was sizing me up. Conducting recon. Scrutinizing what I knew and what I didn’t know about Jiu Jitsu and how he could use the knowledge to break me. He walked with the assured posture of a man who had been here before, who gave about as much concern to competition as he did to tying his shoes. I tried to stay mum, speaking now and then only to avoid being disrespectful. Our companion was easier quarry.

“I just do this to have fun and see what I have to work on,” he said. I was grateful to be fighting him first.

My pulse hammered in my temples as lactic acid began to flood my forearms, turning what were once hands into claws. I paced the back of the mat, drawing deep Wim Hof breaths, feeling my heart rate descend. Sam, a PT and excellent training partner, graciously worked on my forearms as Shane, my coach, attempted to pour strategy into my head.

“That was good man,” Shane said. “I want you to go out there for the next one and think about your posture and establishing your position.”

My heart rate slowed and the aftershock of the adrenaline dump began to clear. “Yes sir,” I said, as the referee’s “Combate!”  brought the next match to a start: the assassin-in-waiting from the bullpen versus the man I had just beaten. One guess who I was rooting for.

The assassin was a flurry of attacks, propelling the other purple belt around the mat. I could feel Shane watching over my shoulder. “You’re really going to have to step it up if you want to beat him,” he said.

That’s when I lost. My match was almost 10 minutes away, and the assassin had already broken me.

“Combate!”, and the assassin whipsawed me around the mat like his bratty, undersized little brother. His energy and strength were focused like a single bead of light that was boring a hole right through my game. I managed — somehow — to put some points on the board before he put a savage armbar on my left arm that sent searing pain through the elbow. I was grateful for it to be over, to still be conscious, and to have avoided embarrassment. I had not fought poorly, but I had lost. I was grateful for it to be over, and instantly ashamed at my relief. Some warrior I am, I thought.

Nobody wants to talk about these complicated emotions that bubble up in competition, or the insidious emotional and logical traps we set for ourselves. There’s no glory in these weaknesses. They’re almost mundane — the very aches and pains of existence that many seek to escape by putting on a gi and striving to be something more. There’s no glory in recounting them, but the emotional autopsy after a fight gives us a path forward.

Any competitor — casual or professional — will tell you these feelings are normal and processing them is useful. I recently read W. Timothy Gallwey’s The Inner Game of Tennis for a work project. The timing couldn’t have been more fortuitous. This book is a must-read dose of perspective and context for any competitor in any sport. Gallwey explains that the feelings I encountered — shame, envy, dejection, elation, pride, self-doubt — are all machinations of what he calls Self 1.

Self 1 is the ever-judging cerebral cortex. We roll and it starts yammering away: “That sweep sucked. You never hit that sweep. Maybe you should pay more attention in class. You’ll never be good at Jiu Jitsu.” Before we know it, we are corkscrewing into a downward spiral that can only lead to a fiery crash.

Lucky for all competitors, we have a second self, Gallwey explains. Self 2 is the self that actually does the rolling. In my case, he’s childlike in his love of the game. He surprises himself with what he can do, but only when Self 1 gets out of the way. Self 2’s default state of one of joy and awe — loving the game and detached from outcome.

As the pain dissipates in my left elbow, I alternate between these two head spaces. Self 1 is analyzing, rationalizing and dramatizing. But Self 2 has a better idea. Self 2 just wants to get back on the mats and play.